How to track your time and boost your productivity

Have you ever had to punch a time clock at work? I've always disliked how it made me feel like a worker bee rather than a valued employee.

To make matter worse, I would often forget to punch in or out, and I still remember the embarrassment of getting called to the manager's office to explain why my time card says I put in a 36 hour shift overnight, or why I didn't show up to work until noon.

When I started working as a freelancer, I continued to regularly forget to start or stop tracking my time when switching between clients or whenever I would take a break. Having to spend 30 minutes trying to reconstruct my day is both frustrating and a waste of time.

There's gotta be a better way (spoiler: there is)

This time tracking technique is not only less annoying to use, but it also cuts down on errors, AND boosts your productivity. I often use this technique on my own projects where I don't need to track time, just for the productivity boost. It can also help you beat procrastination!

And if you order in the next 5 minutes you will get 3... Just kidding. But this technique really is pretty amazing. 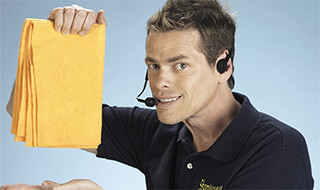 Almost as amazing as the Shamwow.

The technique is actually a slight twist on a well-known time management technique called The Pomodoro Technique.

Francesco Cirillo came up with the idea of breaking up work into 25-minute sessions with a short 5-minute break in-between each session, and taking a longer break after every 4 sessions.

The name, which means "tomato" in Italian, was inspired by the tomato-shaped kitchen timer he used to track his work intervals.

The technique works great on its own, but unfortunately most clients expect hourly billing and working in 25-minute increments isn't very practical for that purpose. Instead I use 30-minute sessions.

I know I'm breaking the rules, but what can I say, I'm bit of a rebel. At times I even go completely unhinged and set the timer for a full hour.

The way to apply it to tracking your time as a freelancer is simple. Instead of starting a stopwatch when you start working, start a 30-minute timer that counts down to zero.

Work non-stop while the timer is running, and when it beeps, stop working and add 0.5 hours to your time sheet (I use Google Sheets).

This is the Google Sheet I use to track hours. Download it here.

Sometimes you're not feeling it. Work that is. The idea of starting your work day will feel more daunting than usual and it's hard to put your phone away and stop refreshing your Instagram feed.

If this sounds like you, and you happen to be one of Instagram's 500 million daily users (it's not an addiction, it's a habit), The Pomodoro Technique will also help you reclaim some of your work hours.

Instead of committing to a full day of work, you only have to commit to working for 30 minutes. Even on my laziest of days I can commit to that much. Again, I'm not lazy it's just that...

Oh come on, I'm not nearly that bad.

So how does working for 30 minutes actually help with getting anything done? Well the trick is that once you complete your first work interval, it'll be much easier to commit to a few more.

Getting started is the hard part. Once you have that out of the way, you will find it much easier to keep going. Plus you get to scroll your feed for 5 minutes in between each session.

Pro-tip: I actually use the 5 minute break to get a few chores done around the house. A quick load of laundry or taking out the trash fits perfectly.

As you're reading this, you may be thinking that interrupting your work every 30 minutes would make it very hard to get anything done. This was my first thought as well, but surprisingly I found the opposite to be true.

By doing something completely unrelated for a few minutes, I can actually come back refreshed and more focused for the next work interval. The break acts as a reset for my mental energy and ability to focus, and I can pick up right where I left off with renewed energy.

Have you noticed that you can get a lot more work done when you're on a tight deadline? I remember back in school how I would write all my papers the night before they were due.

For weeks I couldn't seem to write as much as an introduction, but suddenly at 11pm the night before, I could write a 12 page essay and submit it on time.

What kind of wizardry is that?

I thought I had discovered the secret of time bending. 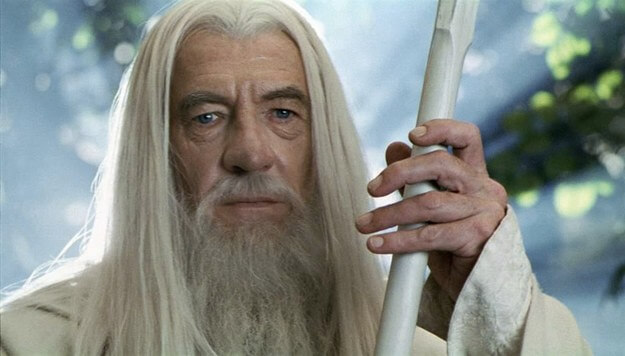 He's concerned about turning papers in on time.

I know, this was a shocker to me too.

As it turns out, there's another concept at play called Parkinson’s law. And while a law doesn't sound as exciting as magical superpowers, it does mean that anyone can enjoy its benefits.

Here's how it goes:

Parkinson’s law states that “work expands so as to fill the time available for its completion”.

This means that whether you give yourself a few hours or 30 minutes to complete a task, that's how long it will take you to complete it.

How amazing does that sound?

A little too good to be true unfortunately.

While there is some truth to the concept, it doesn't actually work that way. As you can imagine, it's not possible to complete just any task in any arbitrary amount of time just because you set a timer for it.

With that being said, you will get a lot more done working in timed intervals than if you were working in unstructured time where tasks can expand indefinitely.

The Pomodoro Technique suggests that you break up your work into 25-minute work sessions and take a 5 minute break in-between each session. It also recommends taking a longer break after every 4 sessions.

Working in short intervals will make it a lot easier to beat procrastination and be more productive. It's easier to commit to a half-hour of work than a full day, and setting a deadline for your tasks will prevent them from dragging on indefinitely.

The main downside to this technique is that people look at me funny when I'm working in public and I ask Siri to set the timer… “Siri, set a timer for 30 minutes”.